When the planets align Friday, Mercury, Venus, Mars, Jupiter, and Saturn will be visible to the naked eye in planetary order. Of course, these were the only planets ancients could see. Stars and constellations appeared fixed, but these 5 were anomalies. We see evidence of the study of planetary movement by Babylonian astronomers going back well over 4000 years. The Babylonians associated these wandering stars with their Gods and studied extraordinary movements for signs of divine intervention. According to their beliefs system, this week’s alignment will see the gods of plague, earth, and war, falling into line behind the god of wisdom & the goddess of love. If ever we needed a divine intervention of wisdom and love – it might be now. And we won’t see this alignment again until 2040!

The common idioms, “when the planets align” and “when the stars align” can be traced back to these ancient practices. When we say them we might mean something we desire feels out of reach. However, having clear intentions has been proven to improve success with achieving goals. They brings us a measure of control and purpose through exercising daily personal choices. Plus, clear intentions helps us shift limiting beliefs and move our focus from what we are unsatisfied with to envisioning concrete outcomes. Being explicit with our intentions is the best way to begin to manifest as we integrate them into our lived experience and create our legacy. Here are three

ways to help turn your intentions into reality:

Visualize and Articulate the World you Want: Focus on the positive outcomes, picture it in your mind and then write it out in 3 parts. 1) Write the statement of intention. The intention e.g. I want to a world where schools are safe for all children, or I want a world where there is a focus on healing the earth. 2) Write out  or vision board what that looks like for you. 3) Turn it into a mantra – e.g. Safe & Sound, or Heal the Planet

Commit: Hang it on a the wall, put it on a bracelet, or tattoo it on your body. Commit to taking one action that positively manifests your intention every day and be vocal about it. Keep a journal of your experience.

Work through the Resistance: The world didn’t become broken in a day and we can’t fix it in a day. Remember resistance is often the first reaction to change or new ideas (like the idea that the planets revolved around the sun – not the earth) and hold fast to your truth.

Note: Most early astronomers were also and astrologists – in fact the funding of astrologers to help guide rulers ended up funding astronomical research. Over time this led to the foundations of modern science and the two practices diverged. The powers-that-be vehemently resisted Copernicus proposal that planets were circling the sun and called it heresy. When Galileo proved it with his telescope in 1610, he was tried and put under house arrest – for life. Kepler’s laws of planetary motion led to Newton’s laws of motion and gravity. Which in turn lead, 200 years later, to Einstein’s theory of relativity. 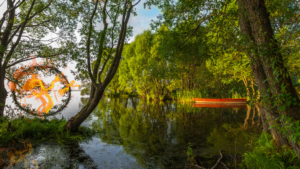 3 PRACTICES TO TRANSFORM ADVERSITY INTO A CHALLENGE AND RECLAIM OUR POWER ~  INSPIRED BY BRIGID, THE TRIPLE CELTIC GODDESS OF FIRE 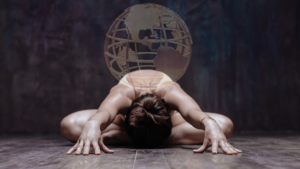