Christmas is the day that holds all time together.

We are taking our littles to a Santa Breakfast at the mall this weekend. After two pandemic Christmases, I had to get tickets when I saw the flyer. My grandparents took me to breakfast with Santa so now the tradition will be shared among at least five generations! Many of us carry on the traditions of our childhood in our own holiday celebrations because nostalgia for ritual is engrained in our very being. This is why many ancient Winter Solstice rituals continue to inform our holidays today. People just couldn’t be persuaded to part with them.

Ancient Pagan and Christian traditions evolved over time into Santa Claus. Nicholas was a bishop in the mid-5th century A.D. who rose to sainthood becoming the patron saint of children and gift-gifting. In one story, Nicolas sneaks highly-prized oranges into stockings that have been hung to dry for poor girls to use for their dowry. Each December, on Saint Nicolas day he would “magically” bring gifts for the children. After the protestant reformation, Saint’s days were squelched. But the Dutch held on. They called him Sinter Klaus and brought this tradition with them when they immigrated to the US in the late 1700s.

A few decades later, Clement Moore penned The Night Before Christmas and borrowed from Norse mythology to add a flying sleigh and a nod to elves in his Saint Nic poem. In Norse lore, Odin comes from the North, dressed in fur-trimmed robes, flying his steed-drawn sleigh across the sky to head the Solstice hunt. His purpose? To sort the good from the evil. Odin is also a gift-giver with magical elves who create amazing gifts (like Thor’s hammer) for him to bestow to the worthy. Decorating trees, wreaths, caroling, and kissing under mistletoe too have roots in Norse Yuletide traditions.

We can thank Coca-Cola for Santa’s wardrobe change to red. Before he was featured in the 1930s Coca-Cola campaign Santa was seen wearing a variety of colors. Coca-Cola continued to feature its version of Santa in ad campaigns through the 1960s. And here we are 60 years later taking the littles to the mall to tell the Coca-Cola Santa what’s on their Christmas list. 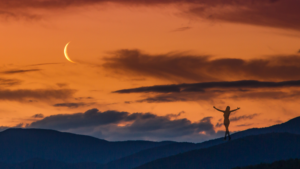 3 STEPS TO PURSUE PEACE THROUGH ACTION 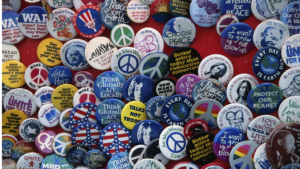 3 PRACTICES TO ACTIVATE A PEACE MOVEMENT WITHIN YOU